Don’t know about you, but I’ve never met a chicken wing I didn’t love. Here’s one of my favorite ways to make ’em: a quick and easy recipe for marinated and oven-baked Asian chicken wings. They’re a tried and true favorite in Kevin’s family, and there’s a good chance they’ll earn legendary status in mine too. 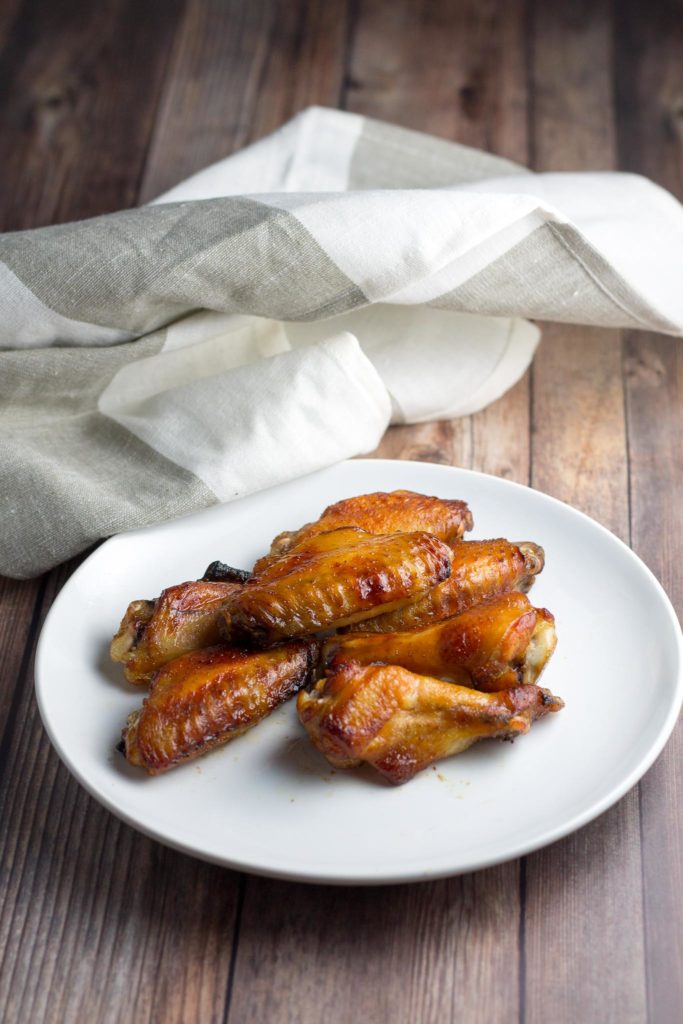 This recipe came from Kevin’s mother, who unfortunately passed away long before I ever met Kevin. At a recent visit to his dad’s house, we found a bunch of old recipe cards and notes taped up inside the cabinet doors, which turned out to be a collection of his mother’s favorite recipes, all written in her handwriting.

One of the cards was titled “Chicken Wings.”  It had a list of ingredients, with a just an oven temperature and cooking time.

Kevin says his mom’s chicken wings were legendary. She brought them to every family gathering, and they were always everyone’s favorite thing to eat.

So I figured, why not? I’ll give them a try too.

Not gonna lie, the pressure was on the first time I made these. Was I going to fail at cooking something that Kevin’s mother cooked for him? Also, the instructions on the recipe card were a little bit vague, outside of the ingredients list. So I was going to have to wing it a bit (no pun intended).

But I managed to make them. And, yes, they were GOOD. Kevin says he approves and that they taste just like he remembers from when he was a kid. WHEW, SUCCESS.

After giving these wings a whirl, I can see why they’re so legendary in his family. 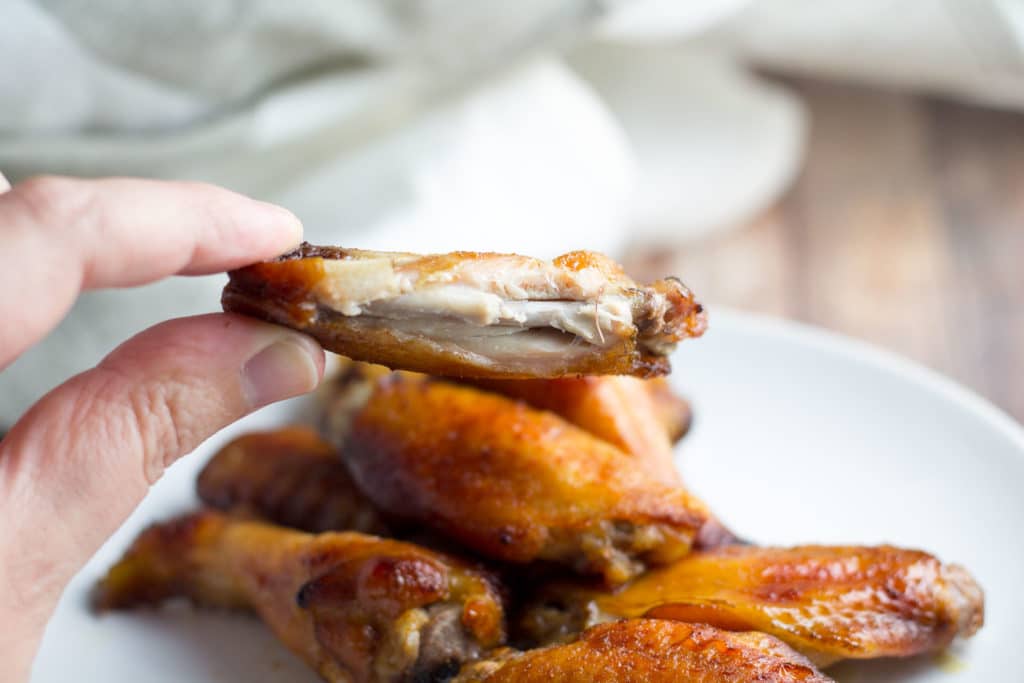 Not only do they taste great, they’re incredibly easy to make. Just mix some ingredients together to create a marinade, let the wings chill out in the marinade for a little while, then throw the wings in the oven. That’s it!

They’d be a great option if you’re looking for something to take to a party. The fact that most of the work is done ahead of time makes them great for when you’re having a get-together and don’t want to spend a lot of time in the kitchen while all your friends are having a good time without you. 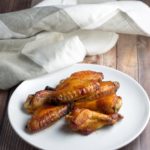 One of my favorite ways to make wings: a quick and easy recipe for marinated and oven-baked Asian chicken wings.