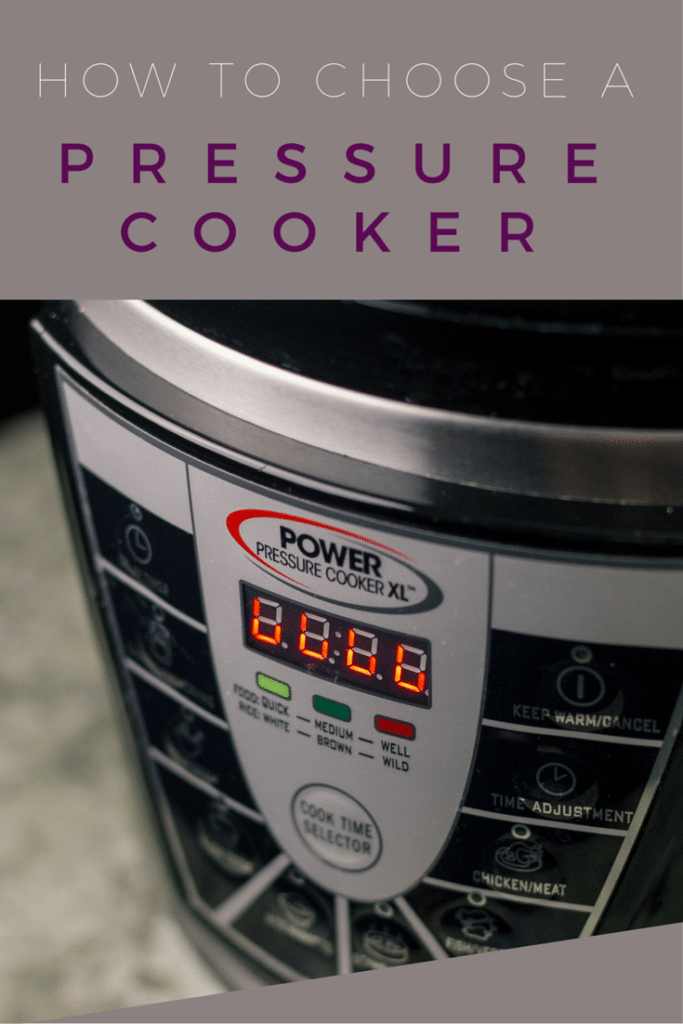 I’m noticing a trend in the food blog world lately: Electric pressure cookers are all the rage right now. They’re like the Spiralizer (paid link) of 2016, apparently. (Seriously, those things were EVERYWHERE last year, were they not?)

And the thing is, electric pressure cookers are popular for good reason. I have one, and can vouch for the fact that they are really pretty amazing. While I don’t entirely understand the science behind why they work, I’m a big fan of the end result.

What can I do with a pressure cooker, anyway?

You can use a pressure cooker to make a lot of the same things you’d make in a slow cooker, except in WAY less time. It cranks out super fast and flavorful meats, soups & stews that would take hours in a slow cooker or oven, and the food tastes like it’s been slow cooking all day long. Like this pulled pork, for example.

Fun fact: A pressure cooker also makes hard boiled eggs that are insanely easy to peel. They practically fall right out of the shells once you crack them open. No joke. It’s kind of bananas.

Many electric models also have extra functions. For example, depending on what kind you end up with, it might be able to double as a rice cooker or a slow cooker or a steamer. Some also have settings that let you make your own yogurt, and some have settings for canning.

You can still get good old fashioned stovetop pressure cookers too, but today I’m just talking about the electric models that have set-it-and-forget-it ease. I’ve never used a stovetop one, but I hear they require a little more babysitting than the electric ones do.

Ok, it sounds kind of handy, but there are so many different options out there! What should I look for when choosing a pressure cooker?

First and foremost, look for a model with adjustable pressure settings.

I’ve mentioned before that I have the Power Pressure Cooker XL, but that if I could to do it all over again, I would have chosen a different model instead. Here’s why: the one we have doesn’t have adjustable pressure settings, which drives me absolutely batty.

It just has buttons for different categories of food (for example: meat, rice, soup). All of those options are the same pressure level (which is apparently equivalent to most other models’ low pressure setting), and the cooking time just changes, depending on which food button you choose. 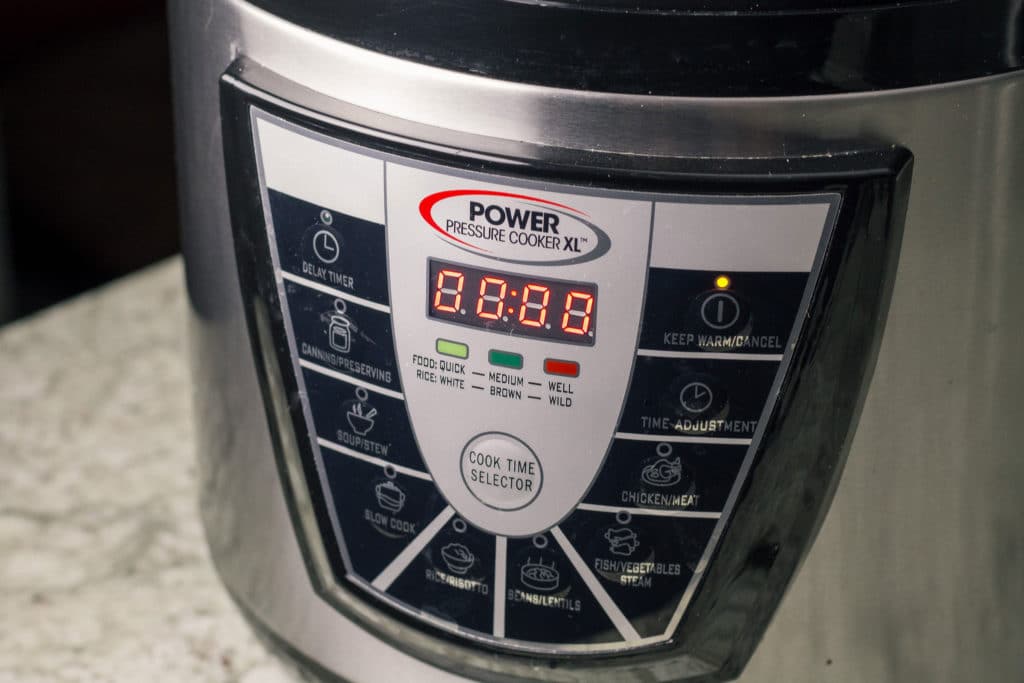 But what do those buttons even MEAN, anyway? A giant pot roast can’t possibly take the same amount of cooking time as a couple of boneless chicken breasts, can they? (Answer: NO. They require very different cooking times!) So then why on Earth is there a button here simply labeled “Chicken/Meat?” What the… ? Seriously, why, why, WHY?

It’s also confusing to use when you’re trying to follow a recipe because you can’t change the pressure level and have to try to guess at adjusting the time to make up for it. Some recipes call for high pressure, some are low pressure. So with this model, you have to compensate for the lack of variable pressure settings with longer or shorter cooking times. And in the end, you just have to guess at the cooking time that’s going to give the results you want.

I’ve got this awesome pressure cooker cookbook (paid link) and I have to engage in some serious guesswork to figure out how to actually make anything from it. ANNOYING.

I just want to be able to choose the appropriate pressure level, and then set the cooking time. Is that too much to ask? For the makers of this model, apparently it is.  In their effort to simplify their control panel, they ended up making it way more complicated and confusing.

Ok, cool. So then what pressure cooker models WOULD you recommend?

To be fair, I haven’t actually used any other models besides my Power Pressure Cooker XL. But… I’ve done a lot of reading  on pressure cookers lately, and if it were up to me today, I’d choose one of these models:

I’m seeing a ton of positive reviews online for a model called the Instant Pot. It has a stainless steel insert (not teflon coated like many other models), lots of useful settings, and even a “sauté” option which lets you brown meat right in the pot before cooking it.

The Instant Pot is tricked out with all kinds of bells & whistles like a slow cooker setting and a yogurt maker setting. You can even get a Bluetooth model that can be monitored/controlled on your phone, but I don’t quite get the need for that. (Anyone have one of those that can shed some light on this for me?)

America’s Test kitchen gave high ratings to the Cuisinart pressure cooker. And we’ve already established that I’ll always take ATK’s word for it. It seems like the Cuisinart is comparable to my Power Pressure Cooker XL in terms of cost, features & functionality, but it has the added benefit of adjustable pressure level settings. Gasp! Who’da thunk it?

If you have an electric pressure cooker you love (or hate), tell me about it! Any tips or buying advice?