Have you ever wondered how to make fast and delicious pulled pork in your Instant Pot or other electric pressure cooker?  Here’s how to do it! 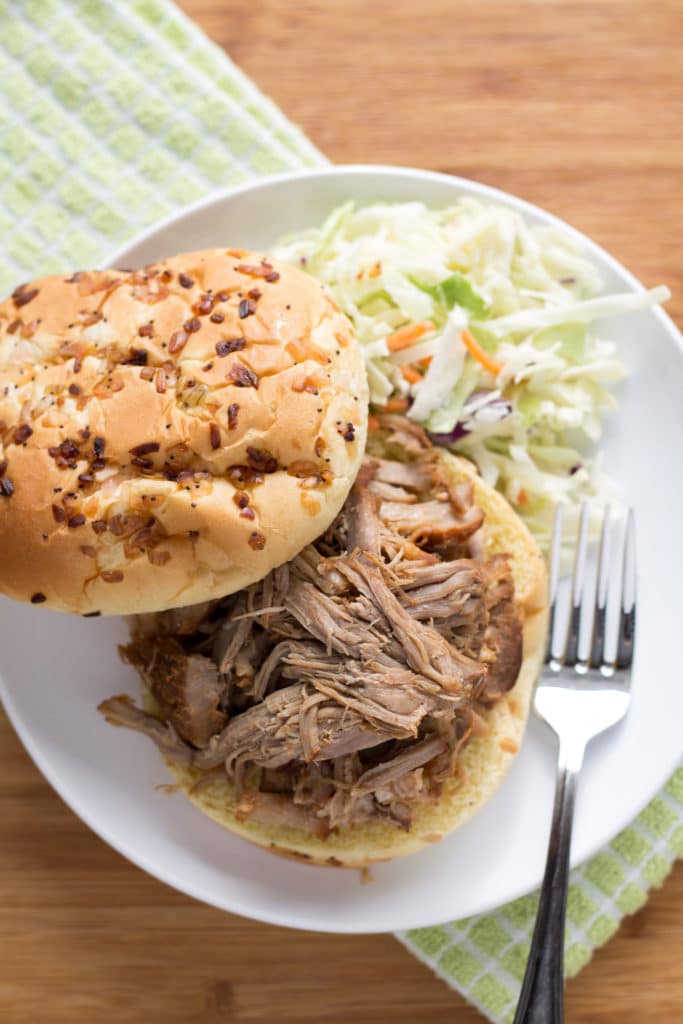 Sometimes I buy a new kitchen appliance, and it just ends up getting used as an overpriced dust collector on a shelf. But sometimes I buy things – like my Instant Pot – that turns out to be a pleasant surprise.

For the uninitiated, an Instant Pot is an electric pressure cooker  and it looks like a cross between a crock pot and a giant rice cooker (and many models can usually be used for both of those purposes, coincidentally). It works a lot like the old-school stovetop model that your grandma may have used back in the day, except these days they’re a lot safer (or so I’m told) and the electric model allows for set-it-and-forget-it ease.

It cooks much of the same sort of stuff you would do in a crockpot, but in WAY less time.

I originally ended up buying the model they sell in the infomercials because that’s all they sold at my local Target store on the day I had an itch to go buy one. In hindsight, I would recommend a different model — like the much-loved Instant Pot — rather than the Power Pressure XL that was being pitched on TV. (For a lot of reasons.) The infomercial-hyped variety does the job just fine, though, and we using it on the regular with mostly excellent results before eventually upgrading to the Instant Pot.

One thing that’s made it into our heavy rotation with both models of pressure cookers that we’ve owned is pulled pork. Instead of throwing a pork roast on the smoker for 10+ hours, or in a crockpot for 9+ hours, we use the pressure cooker. I kid you not – it results in some seriously amazing pulled pork in about an hour. That means it’s perfect for a weeknight when you didn’t have time to prep anything before heading to work in the morning. SCORE. 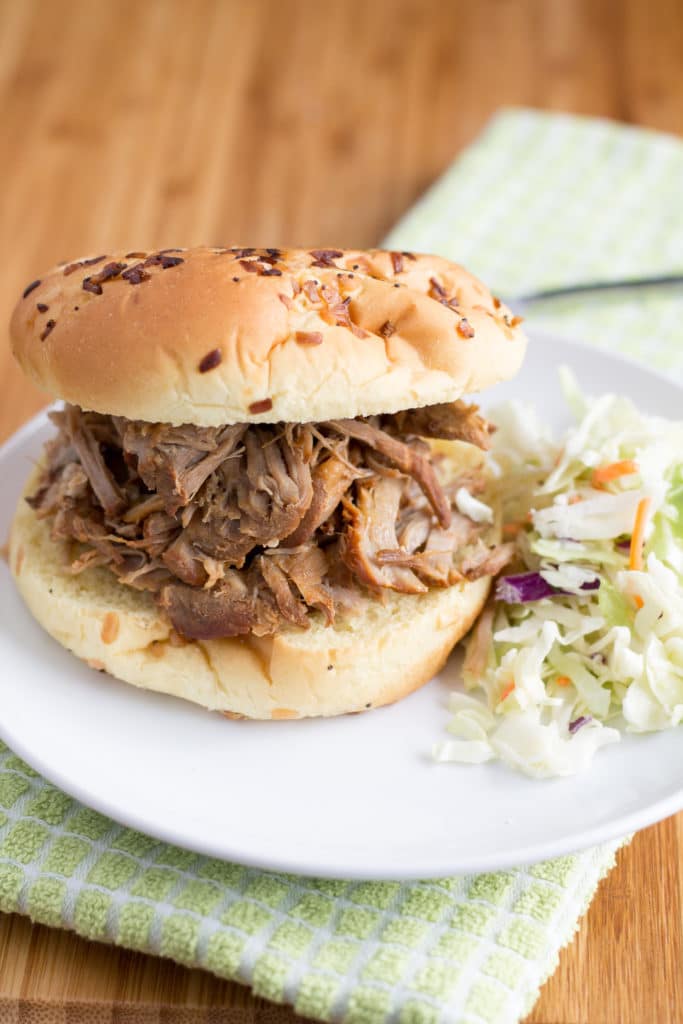 Side note: Kevin firmly believes that this blog will be a lot more successful with more puggle pics. He even went so far as to say that I should have named this site Cookbooks & the Puggle. So as a nod to him (to prove that I actually do listen to him sometimes), here’s Lola hovering in the kitchen while I was doing my thing with the pulled pork today.  If we are in the kitchen, then it’s guaranteed that she will be nearby, scavenging for goodies we’ve dropped on the floor. It’s how she rolls. 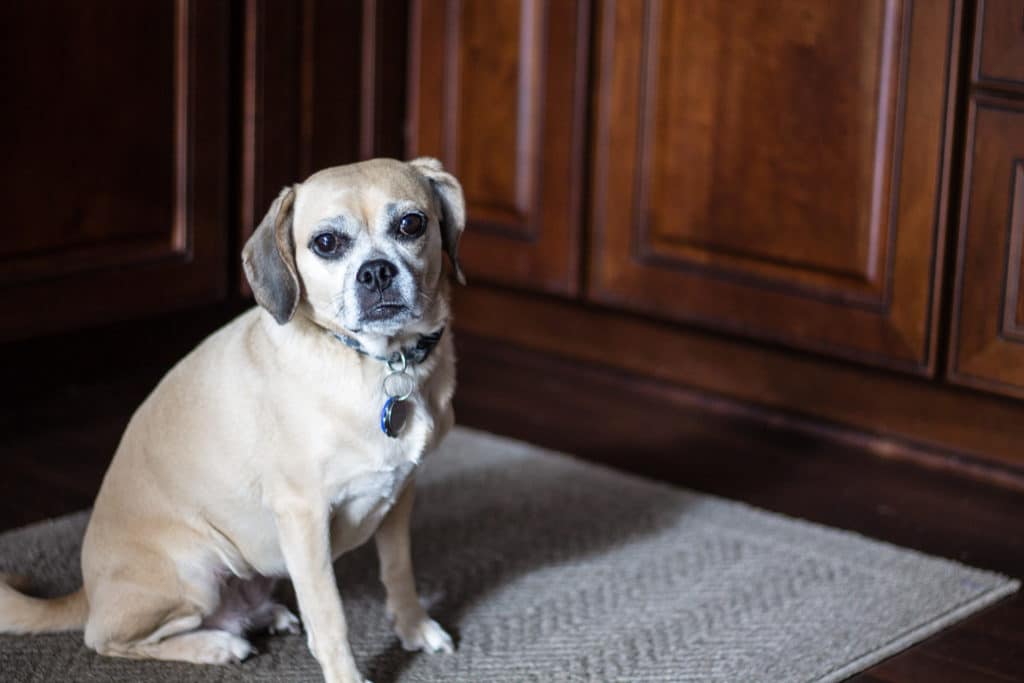 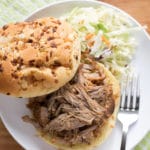 Super fast and easy pulled pork made in the Instant Pot or any electric pressure cooker.