Tater tot hotdish. It’s not the heathiest thing to eat, and it’s certainly not the most fancy thing to make. But it’s a Minnesota classic. And what kind of Minnesotan would I be if I didn’t show you how to make it? 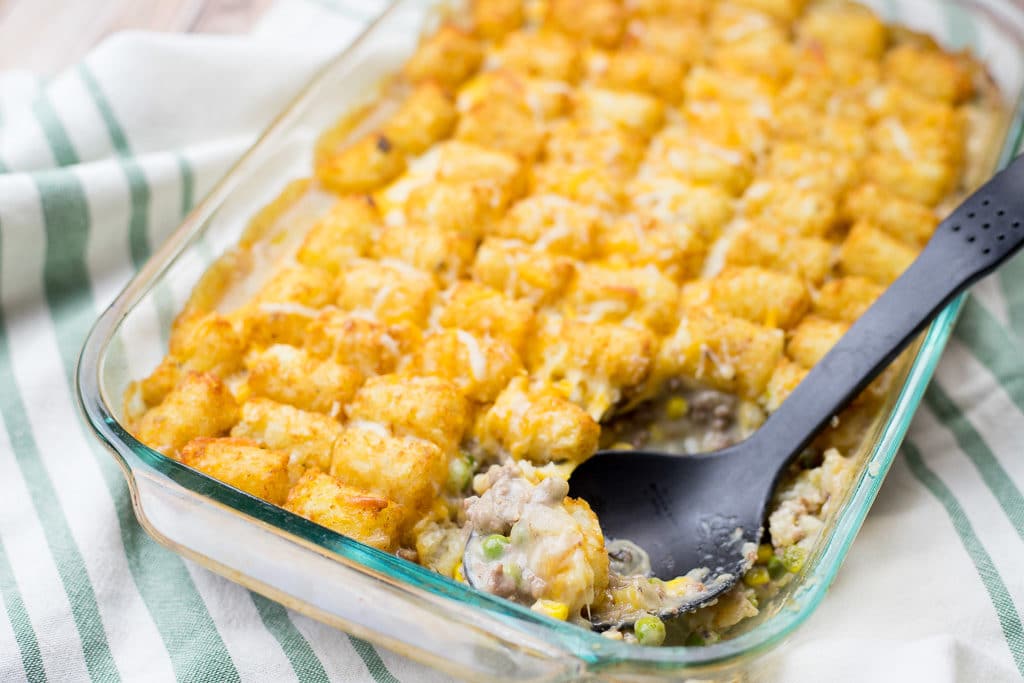 If you live outside of Minnesota, you’d probably call this something like “tater tot casserole.” But for some reason, Minnesotans say hotdish. I didn’t even know that was weird until talking to some out of town coworkers who laughed hysterically at the idea of eating something called “hotdish.”

Every Minnesota family has their own spin on the tater tot hotdish, and everyone will say that theirs is the correct way to make it. Some people add cheese, some people add veggies like carrots, peas, green beans, or corn. I’ve seen some versions with french fried onions too.

But generally speaking, as long as you’ve got some kind of cream of something soup, plus ground beef, plus tater tots, it’s legit. You can improvise as you see fit. You do you.

My version has cheese, corn and peas. Plus of course the old staples: ground beef, two different “cream of” soups–chicken and mushroom–and a crispy tater tot topping.

I’m not sure exactly which Minnesotan came up with the idea of making a casserole–um, hotdish–with tater tots as the central focus. But, hey, I can get behind it. Tots are the bomb. There’s a reason this stuff is so popular up here in the great white north.

When it’s cold out and you need a big helping of comfort food, I’m telling you. Go ahead and whip up a a big pan of tater tot hot dish, just like a good Minnesota grandma would make.

You won’t regret it. 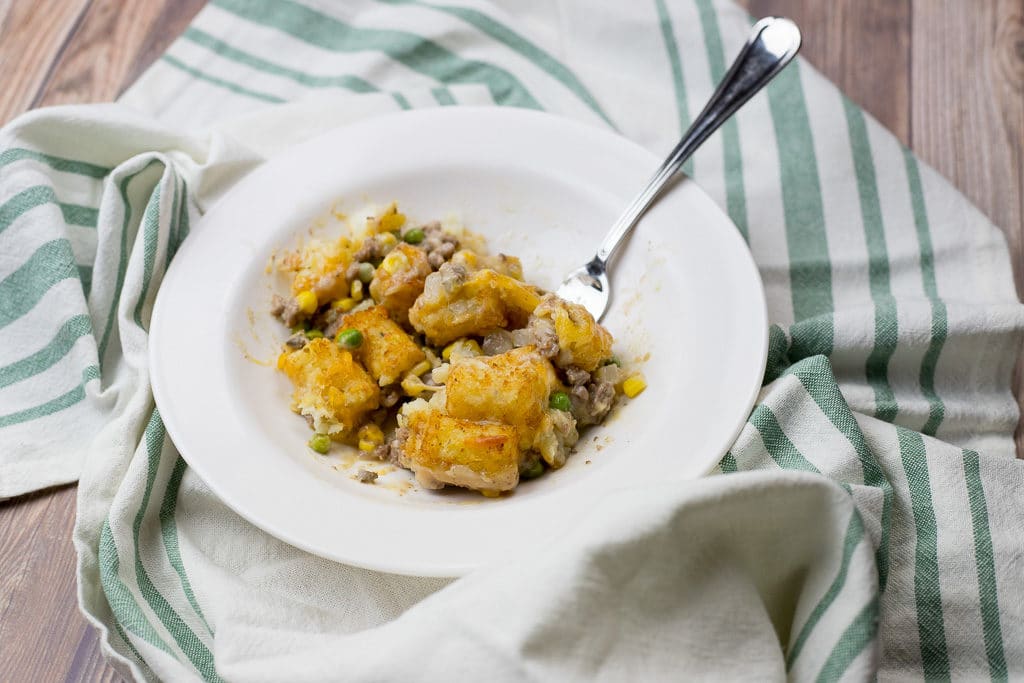 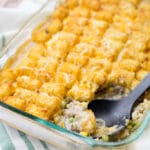 Tater tot hotdish is an old-school, family-friendly Minnesota classic weeknight dinner. You might call it a casserole, but we Minnesotans call it a hotdish.